The following study will analyse the structure and operation of McDonald’s Corp. at an international level and attempt to evaluate its strategies in order to highlight the areas in which the company is successful and those in which it faces significant challenges, in the view of identifying at least one possible communication initiative that could help overcome present and near-future challenges.

The findings suggest that McDonald’s biggest asset in terms of global expansion is its ability to be sensitive to foreign market needs, values, customs and structures, adapting to each local context according to what the market dictates.

It achieves this by mixing extensive market research undertaken before attempting to enter a target market with a franchise management system by which local entrepreneurs are effectively given a share of both profits and risks of the company. In short, this allows the company to strike an effective balance between globalization and localization, thus managing to tailor its core products to specific cultural needs while maintaining a consistent brand image across markets.

McDonald’s is arguably one of the most well-known and successful brands out there, and are an icon of the evolution of globalization in the 20th and 21st centuries. The brand was born in 1948, eight years after the McDonald brothers opened a standard drive-in restaurant in California. Although it grew steadily and enjoyed rising popularity their restaurant presented no new twists to the fast-food concept and did not introduce any “new” products. In 1954, Ray Kroc saw the business potential of the company and decided to partner with the McDonald’s brothers, opening the first franchise in 1955. By 1958, the number of franchises had grown to over 100; 10 years later, Kroc had bought out the McDonald brothers for $2.7 million and the company boasted more than 1000 restaurants in the United States, as well as restaurants in Canada and Puerto Rico. The question begs to be asked: how did McDonald’s manage to communicate such a culturally specific product experience (namely, the American drive-in, fast-food burger culture) to such a wide array of diverse, and often completely opposite, markets?

The answer lies somewhere in the company’s global and local marketing strategy, by which it adapted its core product to a multitude of culturally diverse markets and consumers. Today, McDonald’s operates in 119 countries (which together represent 95% of the world’s purchasing power), and serves an average of 70 million people each day. It retains its original USP and its franchise business model, and has additionally developed a global strategy that revolves around 5Ps – People, Products, Place, Price and Promotion. It is a leader in the fast-food industry, making over $27 billion in revenue each year. As such the company presents a good model of analysis, specifically in relation to global and cross-cultural marketing strategies. The main reasons for targeting a company such as McDonald’s is to understand the dynamics of a multinational corporation and the ways in which it manages its operations across markets. Given the unrivaled fame that the company boasts of, its massive global influence and the contentious issues that surround both the market in which it operates and the company itself, analyzing McDonald’s marketing strategy and business structure can be particularly insightful. This report is concerned with the factors that triggered McDonald’s global success, the strategies it undertakes to maintain its success across cultures and the possible areas for improvement across markets.

As a global corporation, McDonald’s faces several important challenges and a number of increasingly relevant criticisms. For instance, the debate over Genetically Modified Organisms (GMOs), the rising concern over the environmental impact of companies such as McDonald’s and the array of lawsuits filed against the company by obese teenagers, as well as other contemporary health-related debates, are all elements that present a significant risk for the company’s image, its brand image, and its general long-term survival.

McDonald’s, as explored above, was profitable and beating its competition already in the early 1960s. Investors soon recognized the profit potential in McDonald’s marketing formula of speed, quality, service, and price, and share prices hit stratospheric price-earnings well before the company’s international expansion. Further, as has been mentioned above, the company’s global strategy revolves around 5Ps (People, Products, Place, Price and Promotion), having tailored marketing mix theories to its own internal structures and targets. This global strategy provides the company with a clear framework around which to develop its operations while at the same time including a local and culture-specific element in it, giving the company the ability to compromise with specific market requirements.

Nonetheless, there are numerous risks involved in maintaining the quality and standard of service for which a brand such as McDonald’s is known for at a global and local level. The company’s senior management has to consider aspects such as costs of production, market uncertainty, and where (and if) to expand further. Simmonds (1999) argues that the most common pitfalls of expanding beyond single market boundaries are “[…] poor selection of markets, underestimation of competitors, misunderstanding of customer differences, […] entry at the wrong price, […] failure to contemplate what expansion within any one market will imply and the choice of inappropriate partners” (p. 51). Specifically, McDonald’s today is particularly sensitive to misunderstanding customer differences and the choice of inappropriate partners, given that the company’s entire system revolves around providing a uniform but culturally tailored experience to customers worldwide, relying on local entrepreneurs to sell and deliver their product-experience. In the long-term, this could prove a challenge to the company as different geopolitical situations are prone to having different management styles that could clash with the company’s core targets.

In order to tackle the various risks involved in maintaining its grip on the global market, McDonald’s should undertake various local strategies. In fact, one of the biggest strengths of the company is perhaps its adaptability to foreign markets which makes them very flexible to change , where it manages to fit in without major inconveniences. The company should continue to focus on local preferences, targeting specific areas of consumer interest in the markets of interest so as to move towards an increasingly market-specific experience in the product that is sold, while it maintains its overall brand image.

McDonald’s unprecedented growth is its successful use of a franchise business model to promote its product. As Noren (1990) argues, the system “provides the proper incentives for each party to perform their duties efficiently, according to McDonald’s doctrine, and reduces free riding problems” (p.60). McDonald’s allows franchisee-members and shareholders to share the risks and rewards involved in the exploitation of new business opportunities while at the same time providing a largely standardized service across markets. Mourdoukoutas (2012) points out that “McDonald’s model has become the norm for other franchise organizations”. Supporting this point, in an interview with The Washington Post, McDonald’s CEO Jack Greenberg described the mechanism behind the company’s strategy as “a decentralized entrepreneurial network of locally owned stores that is very flexible and adapts very well to local conditions. We offer an opportunity to entrepreneurs to run a local business with local people supplied by a local infrastructure” (Naim, 2001).

McDonald’s success in global markets dawns from its unwavering commitment to giving customers what they want, as well as knowing beforehand where consumer preferences stand in a given target market. For instance, in France, all McDonald’s restaurants use locally grown produce; in Middle Eastern countries, the company adapted its menu to fit in Halal products and eliminated all pork products from the menu; in Israel, milkshakes were taken off the menu, also due to local religious traditions; in Japan, portions are notably smaller and customers can order a “Teriyaki McBurger” (Ferrara 2013, p. 310). As Adams (2010) argues, the company’s success is a product of its adaptability – McDonald’s is willing to customize promotional advertising, branding, and products to suit local culture. Once again, this should be the focus of future marketing strategies: giving consumers what they want, where they want it, with specifically targeted references to the market in question.

Macdonald’s tend to use the market based approach to be more adaptive to the global environment and its changes in addition, to match all the cultural difference which leads to different preferences and taste. Moreover they are using the resource based approach in most of their strategies to be more efficient. The foundation of their strategies comes from the firm’s mission and vision, priority number one of the firm is to provide an outstanding service to satisfy all different segments of the market.

The conclusion notes that, as a result of a mixture of global and local marketing strategies, McDonald’s maintains a consistent brand image across the globe while also being able to target specific cultural trends and consumer groups, thereby reinforcing its overall success. However, due to the fast-paced nature of the fast-food industry and the volatile conditions that govern it (health, ethical and environmental issues) the company faces a number of increasingly relevant risks that, unless consistently tackled across markets, threaten to reduce the company’s market share to increasingly aggressive competition. In view of the latter, my recommendation is that the company should maintain its global strategy by which it adapts a standardized experience to the local customs, needs and wants of a given target market while also tackling more delicate areas such as health and ethical issues in order to reshape its brand image in a new light, distancing itself from its competitors (thus, influencing consumer preferences) and anticipating consumer concerns. If it manages to do so, for instance by reshaping its brand image like it did in the 1990s in Europe to those markets that are more sensitive to health and ethical issues, while at the same time retaining its successful global strategies, it is more likely to retain consumer satisfaction and loyalty. The communication initiative suggested is to reshape the brand image towards a more healthy and ethical image by restructuring its current restaurants, terminating the unprofitable ones and those that do not currently enforce a positive brand image, and by focusing on a marketing campaign that can be tailored to specific cultural cases but that conveys a similar message (namely, that of a move towards a better product experience). 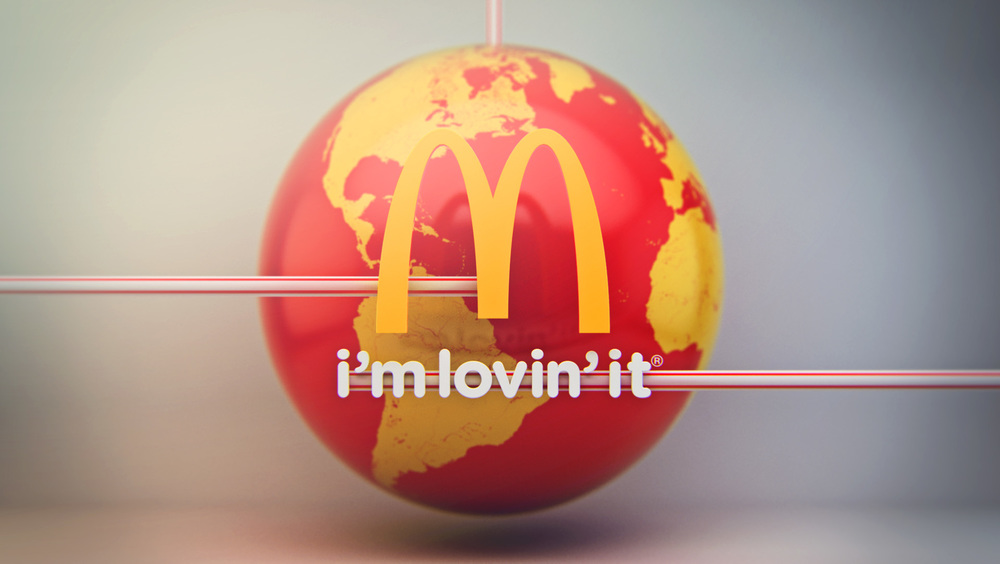 Article Name
Strategies and strategic dilemmas - MacDonald’s case study
Description
The following study will analyse the structure and operation of McDonald's Corp. at an international level and attempt to evaluate its strategies in order to highlight the areas in which the company is successful and those in which it faces significant challenges
Author
Proimpact Marketing Consultancy
Publisher Name
Proimpact.it
Publisher Logo