The sources of international law

Private, when it deals with relationships between private persons of businesses arising out of situations where there is a significant connection to more than one nation.

Public, when discussing rights between two or more states or a state with international organisations citizens or with subjects of other nations

The sources of international law

Summary of requirements to establish international custom and practice:

The Geneva conventions as an example of international treaty

The Geneva conventions are the most respected by nations and at the core of international law, the international body that regulates the conduct of military conflict and strives to limit its effects. They specifically protect people who are not taking part in the hostilities (Civilians and aid workers) and those who are no longer participating in the hostilities such as wounded sick and shipwrecked soldiers and POW’s “prisoners of war”.

Brief history of the Geneva conventions:

Being as quietly accepted as they are today, the Geneva conventions certainly have humble beginnings. It began in the war fields of Europe during the French Austrian war in 1859, which witnessed the death of over 60% of the soldiers, because of the poor medical care. During that time there was a man named Henry Dunnant, A Swiss humanitarian and social activist has witnessed the aftermath of the battle of Solferino. He wrote about a book his experience, which inspired the creation of the International Committee of the Red Cross (ICRC) in 1863. The committee and other social activists contributed their effort to begin a process that led to the signing of the first Geneva Convention on august 12th 1865. Twelve countries signed the first draft in Geneva Switzerland. Hearing of this success the United States became a signatory of the Convention 10 years later and created the American Red Cross.

As warfare evolved the rules that guided, it would need to be adjusted to account for these new methods of conflict. After WWI and WWII, Three more Conventions have been signed, thus in total, we have Four conventions and three protocols: 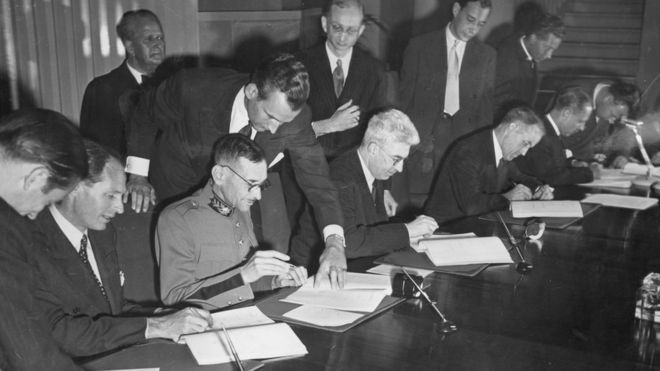