Biobanking program in New South Wales, Australia is a program designed to protect the endangered Australian biodiversity. The program is an initiative involving the government, landowners, and developers. The program enables landowners to earn credit for enhancement and protection of the biodiversity on their lands.

The continued sustenance of life on earth depends upon the efficient use of the life supporting systems. The environment comprises of the life support systems and all other surroundings of man. In the wake of rapid industrial developments, the environment has experienced unanticipated amounts of pollution, to life threatening extents. Air pollution, water pollution, and noise pollution are among the most predominant forms of environmental pollution effected by the countless commercial and industrial activities. The increasing and rapidly expanding urbanization has brought increased need for land for the construction of buildings and other requisite infrastructure. The collective effect of these activities is detrimental environmental effects such as the loss of biodiversity.

While the activities are detrimental to the environment in one way or another, their brighter side is too significant to be ignored. Urbanization, industrialization and agricultural activities are all necessary for the economic growth of any given economy. Their contribution in terms of economic welfare cannot be deserted on the simple premise of environmental protection. They are a necessary evil. This creates the challenge of balancing the environmental exploitation and economic development. The economical exploitation of the natural resources ought to be well regulated to prevent the inevitable depletion of the non-renewable earth resources and the loss of biodiversity. This paper addresses the issue integrating the two seemingly oppositional manifestations for the benefit of all in the economy.

Economic developments in such aspects as infrastructure, urbanization and industrialization are necessary for the well-being of a community or country. However, the environmental costs associated with such developments cannot be ignored, if the developments are to be sustained in the long-run in terms of resources. Governments, national and international organizations have realized the need for the integration of the economic development alongside environmental protection and conservation. Since the 1992 conference on environment and developed, sustainable development has been the ultimate goal of the world government and economies (Clouth and Allen, 2012). The evidence to this is the environmental protection blueprints such as the green economy, green growth and biodiversity conservation adopted and advocated by governmental organizations, non-governmental organizations and other stakeholders in equal measure (Clouth and Allen, 2012). For instance, the OECD organization and the Australian government through the Biobanking program advocate for the collective environmental conservation and biodiversity conservation respectively (DECC, 2007; OECD, 2002).

Green economy has received keen international interest, owing to its promise of solving the prevailing international challenges in areas such as food, changing climate and economic crisis (UN, 2012; Clouth and Allen, 2012). Green economy refers to orienting the economy towards clean environmental resources utilization. There are varied definitions of the concept of the green economy. The UNEP definition of the green economy focuses on aspects such as improved human well-being, social equity, reduced environmental risks, ecological scarcities, low carbon emission, and social inclusivity (Allen and Clouth, 2012). Chapple (2008) defines the concept of green economy as “the clean energy economy” that comprises four major sectors, including renewable energy, green buildings, energy efficiency in technologies and in infrastructure, and recycling. There needs to be not only green standards, regulatory frameworks, incentives, technical support and marketing initiatives, but also supportive economic development policies for the successful implementation of a green economy (Chapple, 2008).

Green growth refers to the integration of economic growth and environmental protection. Green growth means enhancing the economic growth and development of an economy but ensuring that the natural resources involved continue to support life well-being (OECD, 2011). Green economy often deals with nationwide and international economic issues and, thus, has a direct influence on the macroeconomics. UNEP (2012) notes the various macroeconomic issues that encompass a green economy growth. These include consideration of the future generations in current economic decisions, evaluation of environmental degradation effects on aggregate supply, consideration of the structural changes an economy undergoes, and the global financing of the green economy initiatives (UNEP, 2012). Green growth supports development while addressing the environmental challenges through promoting productivity, innovation, creation of new markets, boosting investor confidence, enhancing economic stability, and correcting imbalances (OECD, 2011).

Biodiversity encompasses the different ecosystems comprising of plants, animals, the microorganisms and their associated genes (Commonwealth Australia, 2011). The Unites Nations Convention on Biological Diversity definition of biodiversity is the “variability among living organisms from all sources, including terrestrial, marine and ecological complexities of which they are part”.  As such, all the development projects, industrial and commercial activities affect biodiversity in various ways. Biodiversity decline is defined as a reduction of habitat in the aspects of magnitude and conditions, extinction of species or their genetic diversity, and a considerable decline in the number, range of species and animals (Commonwealth Australia, 2011). The biodiversity decline in Australia is at a critical level. Over the past 200years, extinction of animals has exceeded 5o species in Australia. This raises a dire need to curb the rapid loss of biodiversity in Australia.

Adverse environmental effects, including biodiversity losses, brought about by the production processes augers badly with the economy. The critical aspects that warrant biodiversity considerations include the wide range of benefits, both direct and indirect, that humans receive from it, and the losses to biodiversity as a result of the human activities, which threatens the survival of essential ecosystems (Markandya, et. al, 2008). Biodiversity losses have been significant over the past years all across the world, with, reportedly about 60% degradation of the earth’s ecosystems (Markandya, et. al, 2008).  Economic output depends on the quality of the production inputs (resources) and the efficiency of utilization of these inputs. Thus, the degradation of the environment and its abundant resources leads to low-quality production. For instance, overexploitation of a resource, such as fishes, or pollution of their habitats, may lead to their extinction, which, in turn, leads to economic losses on the people who depended on this venture for livelihood.

Humans accrue many benefits from the diverse nature of the environment are innumerable. Humans benefit from a multitude of resources and process supplied by natural ecosystems that include cleaning drinking water and the decomposition processes (UNEP, 2012). Thus, threatening the existence of the biodiversity threatens the existence of quality life itself. The benefits derived from the various ecosystems can be divided into four distinct categories. These categories are provisioning whose services include food production and clean water provision, regulating whose activities control the climate and diseases, supporting whose services include pollination and nutrient cycles, and cultural ecosystems, which create recreational and spiritual values (UNEP, 2010). Each of this category is essential to man, which makes the protection of the ecosystems a significant issue.

The goals of a green growth, which ultimately translates to a green economy, are to utilize the environmental resources, both renewable and non-renewable, for the wellbeing of humans, but ensuring that the future generations are not put at risk of not enjoying the same quality of life.  Overexploitation of resources and the pollution of habitats put this goal at risk. Thus, the human activities on the environment risk the existence of biodiversity. Environmental economics aims at finding the solutions to such problems through creating a “win-win” situation for the economy and the environment.

Activities that lead to the loss of world biodiversity are often beneficial to an individual or a small group of people while the community at large bears the costs. Environmental economics defines such a situation as an externality (Block, 1983).  Biodiversity relates to the theory of externalities in that the effects that lead up to the loss of biodiversity are as a result of pollution and overexploitation activities that benefits a few individuals, at the expensive of the community. Hence, for an externality to exist, the good or service in question must be a public good, whose use affects the outside parties (Block, 1983). A public good is a good whose use has limited excludability, as opposed to a private good, whose exclusively benefits the owner (Sandmo, 2006). Biodiversity falls under the category of a public good.

The purpose of environmental policies is to address the problem of environmental pollution while optimizing economic benefits (OECD, 2011). The Porter hypothesis is a solution to the social cost menace accrued as a result of externalities and a relief to the producers, who are supposed to bear the burden of environmental protection. The hypothesis argues that environmental regulations stimulate innovations aimed at reducing the adverse effects on the environment, which ultimately lead to the reduction of production costs and environmental costs (Lanoie, et al., 2009).

Environmental policies and instruments aimed at the protection of biodiversity have been proposed and implemented all over the world (Commonwealth Australia, 2011). OECD (2011) argues that policies differ depending on the authority concerned, economic conditions and developmental stage, but they all share some aspects. These aspects include integration of the natural resources and driver of economic growth, development of economic payoffs in proportion to the resources economic value and focusing on strengthening economic and environmental policies (OECD, 2011).

The opportunities associated with biodiversity offsets are lucrative, but it has its limitations too. Biodiversity Consultancy (2013) outlines the opportunities of the program as increased markets for ecosystem service credits and ecosystem banks, use of the offsets as company CSR assets, and as a competitive advantage in the industry. The limitations arise in the lack of clear implementation mechanism, delays in the commencement of projects, and obviously, increased project costs (Biodiversity Consultancy, (2013).

Innovation is a necessary tool in environmental impact controls. As the Porter hypothesis postulates, innovation can be used for the benefit of both the environment and the organization (Lanoie, 1993). Wardrop and Zammit (2012) defines innovation as an introduction of a new concept, in terms of the idea, good, service or practice into use. Owing to the current mitigation measures to inhibit biodiversity decline, innovation is of the essence (Wardrop and Zammit, 2012). Areas where innovation has been used successfully to preserve biodiversity include captive breeding programs, implementation of market-based tools, species reintroduction, IT and GIS data analysis programs, fore-sighting techniques among others (Wardrop and Zammit, 2012).

Biodiversity loss is an impending crisis in many economies, owing to the increased rates of urbanization, infrastructural development, and environmental pollution. The benefits of a diverse ecosystem to the human are immense. Thus, mitigation of biodiversity loss is inevitable. Biodiversity mitigation measures include the use of biodiversity offsets, market-based instruments such as subsidies and taxes, and the use of innovation. The Australian biobanking program is an example of successful mitigation measure using both the market offsets and market-based instruments.

The advantages of the policies administered in the biobanking program include the opportunity for landowners to earn revenue through their conservation activities. This bars them developing their lands, which would lead to further biodiversity losses, while generating income. Further, the administration of the program ensures that the developers only impact the environment in a proportion of the bought credits. This ensures that there is a balance between the environmental conservation and the impacts resulting from developmental activities. The program suffers the disadvantage that the landowners may not be making as much income as they would make if they ventured into land development. Nevertheless, the program is a masterpiece that balances economic benefits and environmental conservation.

Allen, C. and Clouth, S., 2012. A guidebook to the Green Economy. [Online]. Available at http://sustainabledevelopment.un.org/content/documents/GE%2520Guidebook.pdf. [Accessed on 13 March 2015].

Kate, K., Treweek, J., and Ekstrom, J., 2010. The use of market-based instruments for biodiversity protection – the case of habitat banking. IEEP/eftec.

UN, 2012. The transition to a green economy: Benefits, challenges and risks from a sustainable development perspective. [Online]. Available at http://www.unep.org/greeneconomy/portals/88/documents/research_products/UN-DESA,%2520UNCTAD%2520Transition%2520GE.pdf 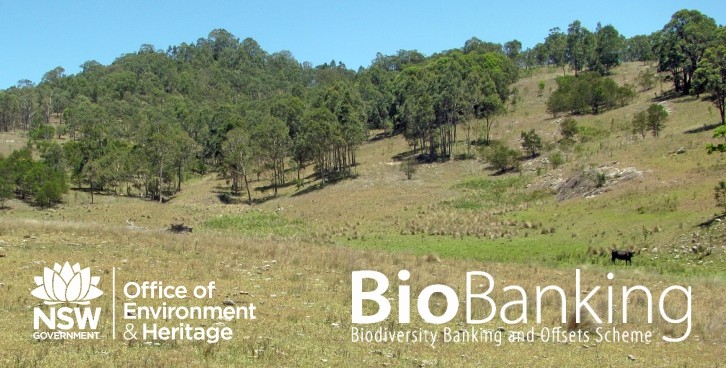