Dell Financial Ratios, Analysis and a comparison (Apple vs Dell)

Michael Dell will take Dell Inc. private for $24.4 billion in the biggest leveraged buyout since the financial crisis a deal that allows the billionaire chief executive to attempt a revival of his struggling computer company without Wall Street scrutiny. “Reuters (2013)”

Dell is a multinational corporation known currently as “Dell computer”. The company has been established in 1984 by Michael Dell after getting about $300,000 in expansion-capital from his family “crowdrank.net (2012)”   under the name “PC’s Limited” in Round Rock, Texas, United states

1987 the company opens its first international subsidiary in the United Kingdom. ”Dell.com (2013)”.

1990 Dell opened a manufacturing center in Limerick, Ireland, to better serve customers in Europe, the Middle East and Africa.

Today Dell is one of the largest technology providers in the world developing, selling, repairing, supporting computers and related products and services employing more than 103,300 people worldwide. Dell is listed at number 44 in the fortune 500 list and the third largest pc vendor in the world after HP and Lenovo. “Form 10-K. Jan 1, (2009)”

Michael Dell will take Dell Inc. private for $24.4 billion in the biggest leveraged buyout since the financial crisis a deal that allows the billionaire chief executive to attempt a revival of his struggling computer company without Wall Street scrutiny. “Reuters (2013)”

Dell has a Quick ratio higher than the text book ideal of 100% but it might be higher because dell does not store its inventory instead they start the production as soon as the order is made.

Typically, short-term creditors will prefer a high current ratio because it reduces their overall risk. However, investors may prefer a lower current ratio since they are more concerned about growing the business using assets of the company. Acceptable current ratios may vary from one sector to another, but generally accepted benchmark is to have current assets at least as twice as current liabilities. “Macroaxis.com (2013)”

On the other hand dell most of the revenues are coming from the selling of desktops & mobility computers but the sales of these products are decreasing due to the fact that customers are changing from pcs and laptops to tablets and smartphones which led the company to loose a lot of its customers and keep selling to corporations and pioneers. 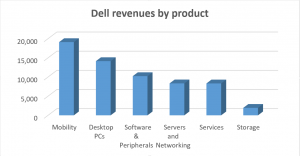 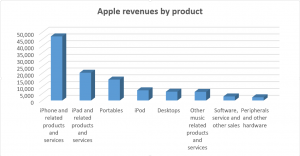 By comparing these graphs we can see that dell has less variety than apple which increase apple’s revenues but on the other hand if we compare total sales of apple desktops and laptops (21,783) to dell (33,248) that dell is still professional in this direction.

By looking at all the previous data and the comparison between dell and competitors that dell should have been more productive, adaptive and understand the changing of customer behavior in order to succeed in an increasing competitive environment, invest in innovation and decrease their production costs to gain a superior value to their products.

If Michael Dell took Dell Inc. private for $24.4 billion there might be a lot of changes in the future like for instance the company may entail job cuts and more costly acquisitions due to the continued restructuring to focus on the corporate market. The company might also start developing the technology and expand the variety of services especially after the $2 billion loan from Microsoft which dell was loyal to Microsoft’s Windows operating system and feed the competition between a supply chain and another. Dell might change its name to have a new design and a new marketing strategy.

Convert your PDF to digital flipbook ↗ 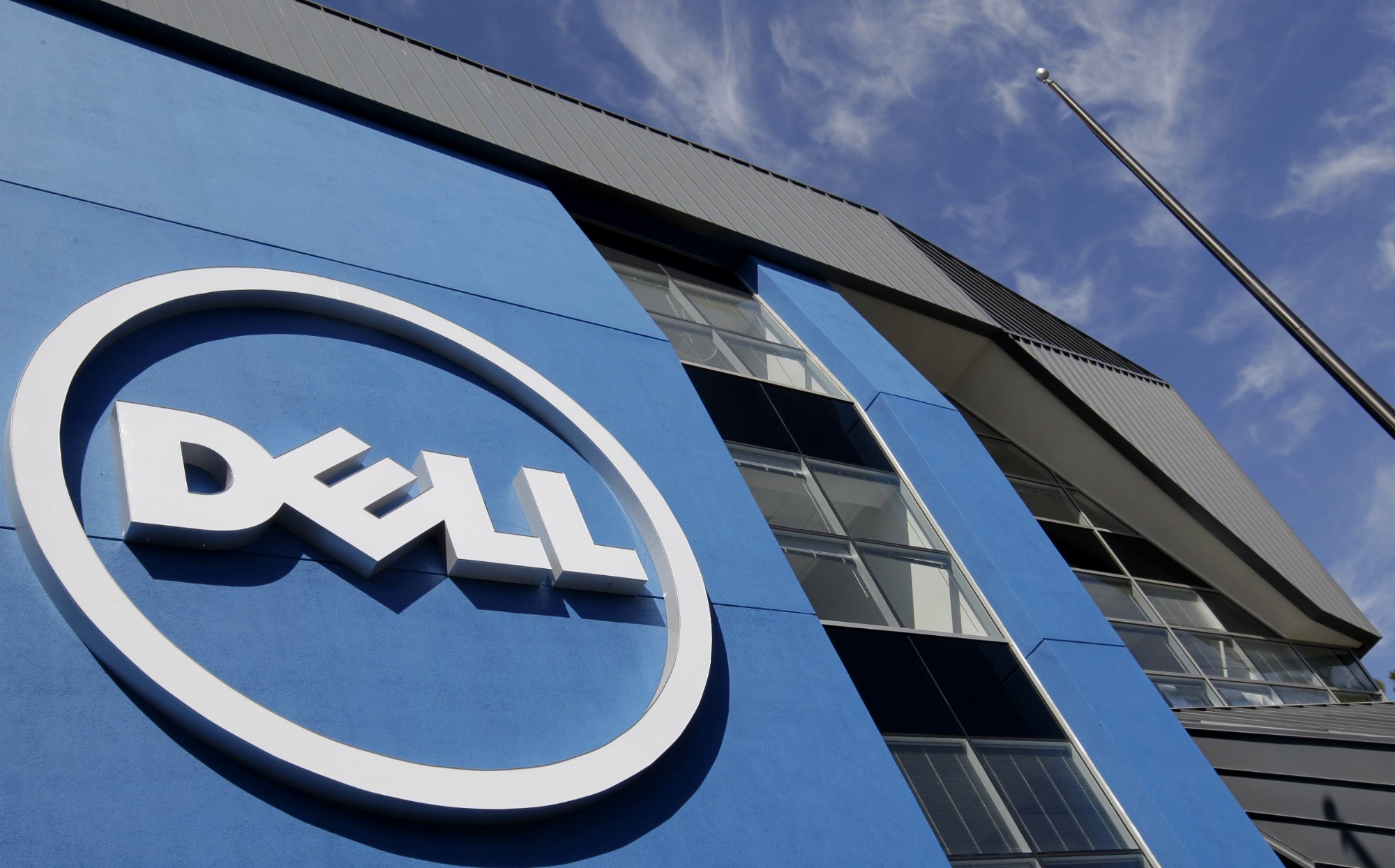